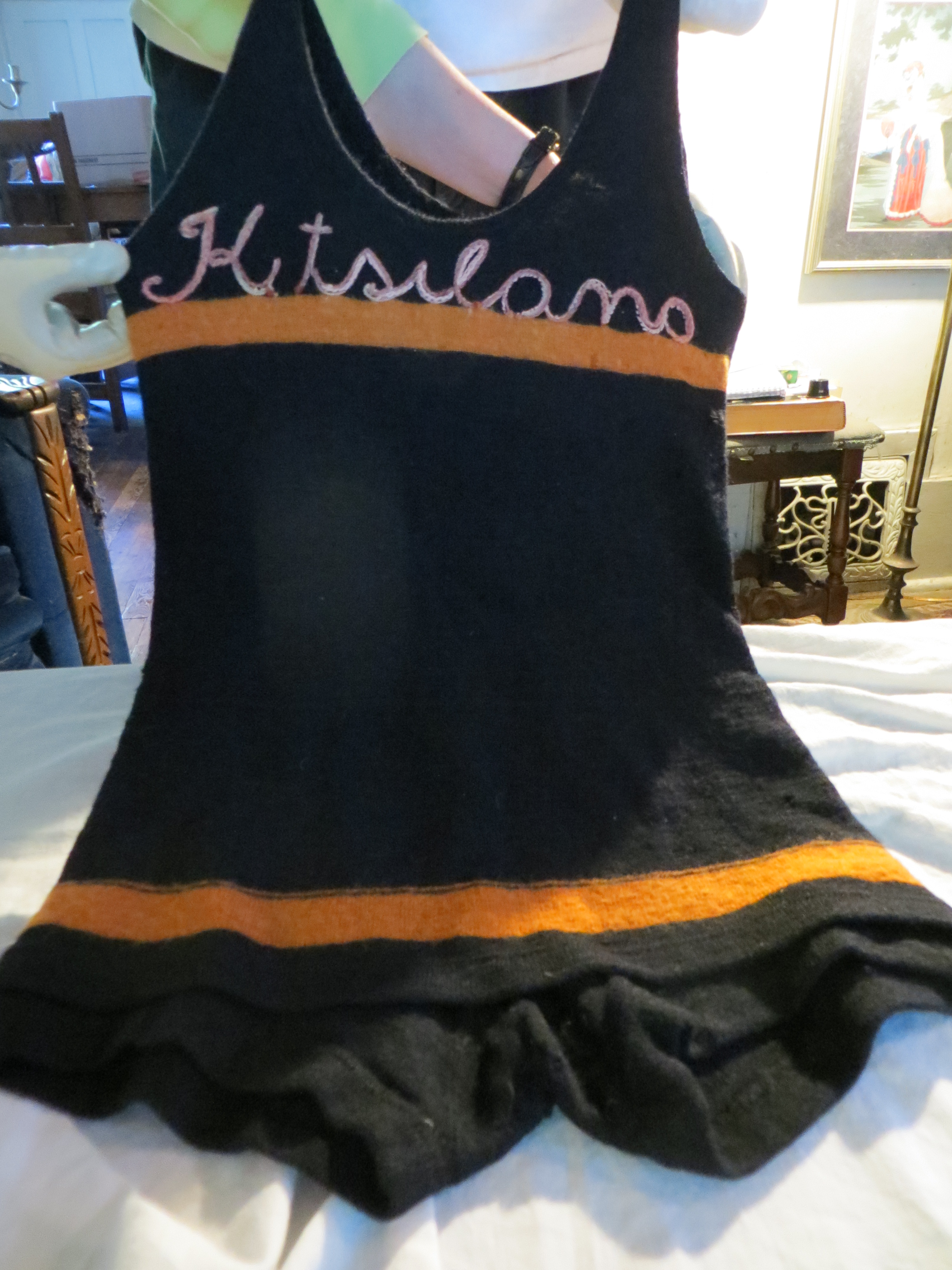 Ever wonder what 25 cents could buy you in the 1920’s?  Well, for this minimal fee, bathers in Vancouver could rent a bathing suit at their favourite local public pool!  The names of each location were embroidered into the suits, and each pool had its own colour scheme!  Here is a child’s suit from Spanish Banks, and an adult size suit from the Kitsilano pool!

Although we’ve never met anyone who did this, (or has at least admitted to it) we’ve heard that many folks forgot to return their suits after their swim.  Apparently it was pretty easy to unpick the embroidery, thereby removing any indication of who owned your suit before you did!  A new bathing suit for 25 cents – tempting!  When the Park Board realized how many suits were not being returned, they began to stamp a park logo on the back of the suits.  (Apparently not too hard to pick that off either – so we’ve heard!)


Warning: Use of undefined constant php - assumed 'php' (this will throw an Error in a future version of PHP) in /home/customer/www/ivansayersevents.com/public_html/wp-content/themes/Fashionista/single.php on line 58

It’s wedding season!  This magnificent 2 piece ivory silk faille gown was worn in England circa 1876.  It is trimmed […]

Warning: Use of undefined constant php - assumed 'php' (this will throw an Error in a future version of PHP) in /home/customer/www/ivansayersevents.com/public_html/wp-content/themes/Fashionista/single.php on line 70